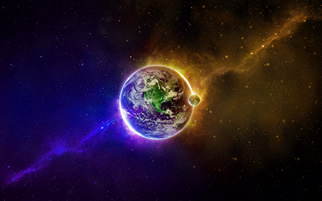 In Vedic practices, most ancient techniques and classical Hinduism, mantra symbolizes as a necessity for spiritual advancement and high attainment. Mantra is a Sanskrit word which is formed by combining two words “Manana” and “Trey”. “Manana” means act of man (self) and “trey” means save. Mantra is used to save oneself from the problems of life and after life to give peace and solace.

“Trey” also means releasing. So the mantra can also be seen as a way to get release from the cycle of death and rebirth or to get “moksha” 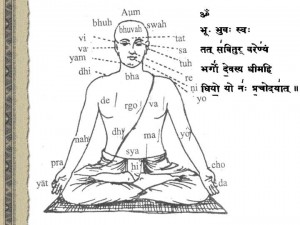 over one’s self. So chanting mantras give synchronization with the energy source which can fulfill the desire one have as well as to create effective vibrations for mental, physical and spiritual healing.

Mantras works best when one chant them or recite them while sitting in front of the associated God or Goddess and performing other associated pooja. But it also works when are chanting them while you are doing some other activity or only listening the mantra paath.

When we recite a mantra that utilizes the part of our brain which deals with our power to connect with the outer world. When we recite a mantra with the clear intent and focus on the power associated with it. The part of brain transmit the same to the outer world and synchronization happen between the person and the superior energy source. This process when repeated over a period of time with consistency and devotion leads to fulfillment of the desired results.

In Hindu thought, while repeating a sacred formula-a mantra, one should put all one’s love, thought and will. Thus Japa is not a mechanical activity, but an intense activity with profound concentration. One must repeat the mantra softly with concentration so as to lead the mind to pass beyond everything that is connected with the domain of thought

Astrologer Sharda Priyaa is a renowned astrologer following Vedic mantra to get rid of all the evil effects on you.